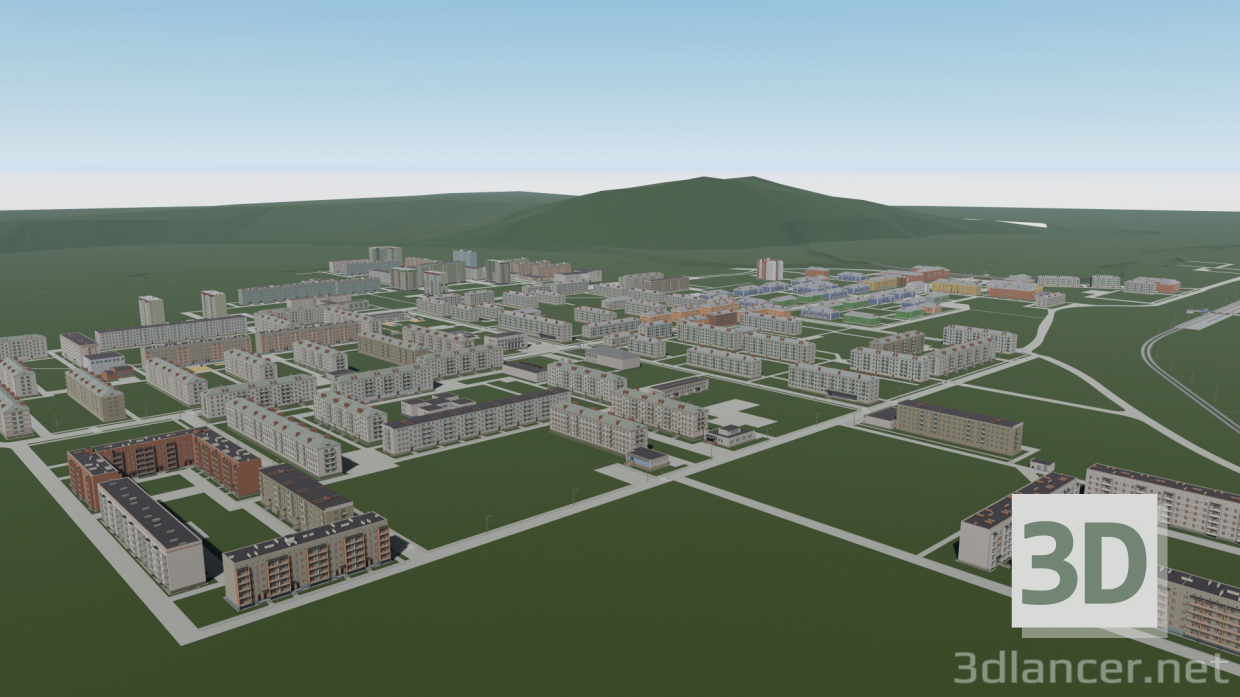 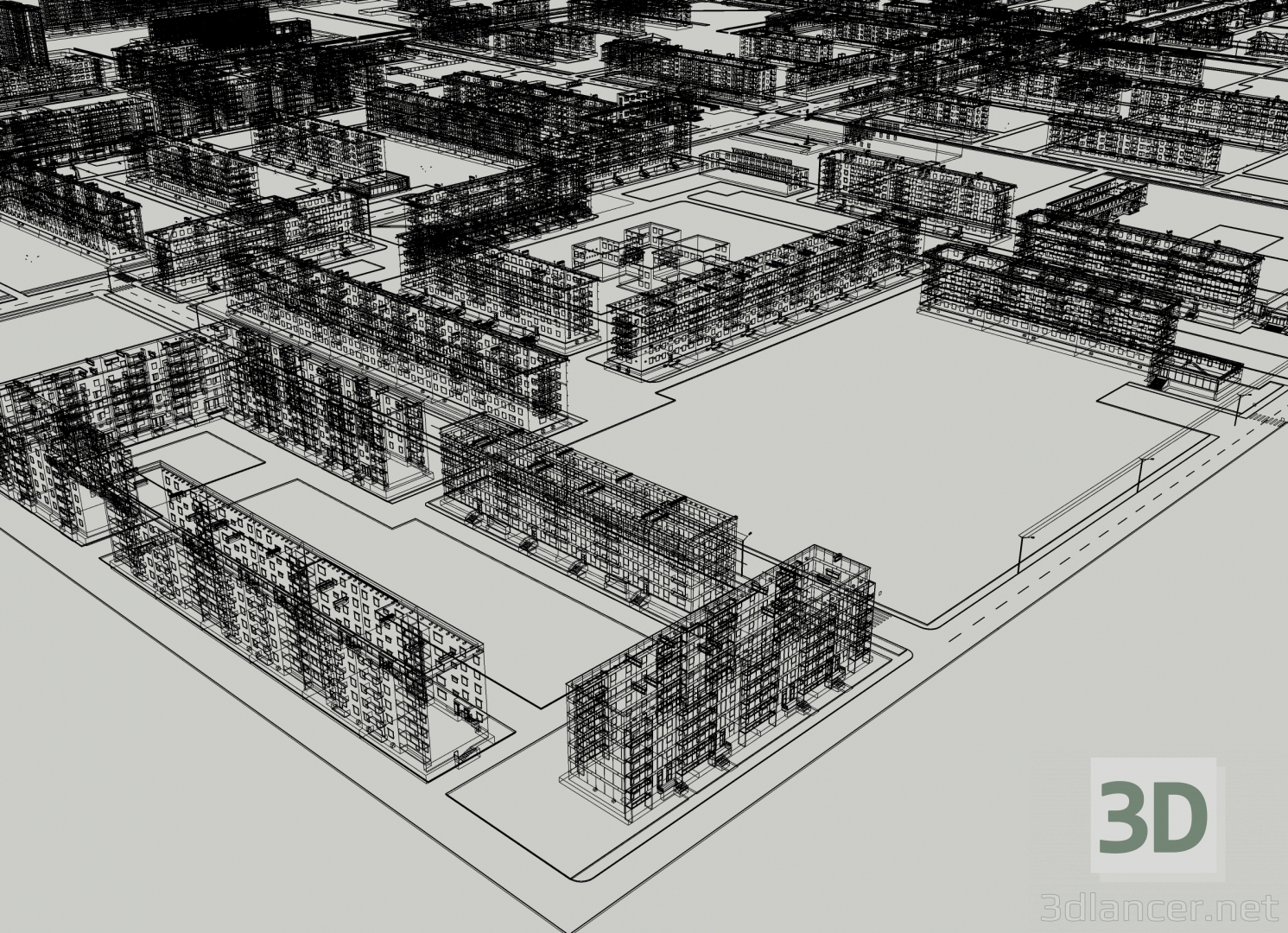 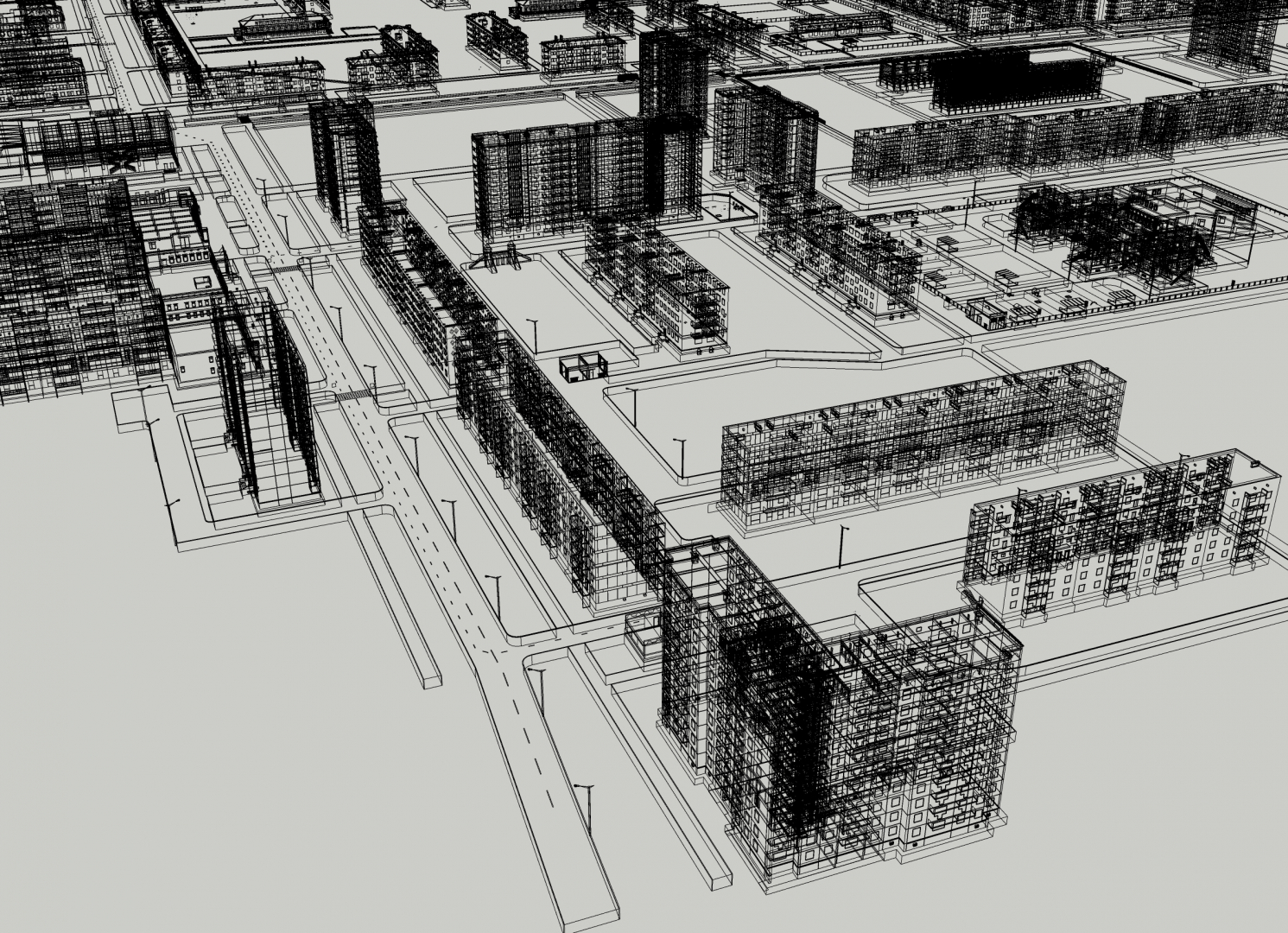 3d-model of the city of Asha, Chelyabinsk region during the USSR. Created from old photographs, satellite maps. drawings. will be very interesting for fans of the Soviet era. In the city there are 2 houses with two apartments, in which the Soviet atmosphere has been restored: furniture, appliances, household items, interior. The model contains. 1. The main part of the city is represented by model houses of 447, 252, 114-86, 97, 121 series, houses of culture, post office, cinema, kindergartens. 2. Station Asha. 3. Detailed models of suburban electric trains ER2 and ED4M with car interiors and control cabins. 4. Two detailed modeled Soviet buses LiAZ-677 and LAZ-695 5. School number 7 of the city of Asha with entrails: premises, doors, stairs 6. Ten-storey building of the 121st series (finished with green tiles and with balconies at the end), the first entrance of which with an interior, an elevator and on the top floor there is a furnished apartment in the spirit of the 80s era. 7. Ten-story house 97 series (corner extreme dark green), in the second corner entrance on the 10th floor there is an apartment of the 90s era with interior, furniture, household utensils. 8. Sports Palace and swimming pool "Metallurg" with a basic layout. 9. Arrangement of the central square of Asha: a square with a fountain, a monument to Lenin, a tribune, a bridge over a river, an obelisk. 10. Non-residential extensions to five-storey buildings, which are provided for the placement of shops, organizations.